Reasons to learn a Foreign Language?

The first piece of homework I set for my Year 7 French classes was to design a poster, "Reasons to learn a Foreign Language."

I did this for 2 reasons:

1) I thought it would get them to think about other cultures, countries and lifestyles.

2) When they say in Year 9 "What's the point of languages?" I can dig out their posters and read them back to them.

Most of them produced some great looking posters. They were very creative, but it was so obvious that they had googled their answers rather than using their brains.

Most of their answers came from Angela Gallagher-Brett's "700 reasons for studying languages". Don't get me wrong, it's a great document. I've used it many times. But no eleven year old at any school would say "Plurilingualism enhances creativity" now, would they?

Some students, however, managed to come up with some amazing, imaginative and downright bizarre reasons why we should learn another language.

In reverse order, here are my favourites:

5) You can impress your neighbours.

4) You can talk about people in public places without them knowing.

3) In case all your family is French.

2) I may marry a Frenchman. 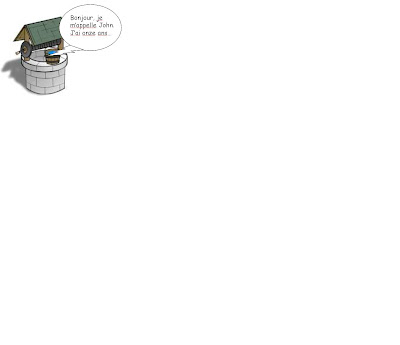 As research has repeatedly shown that a language is learned most effectively when it is tied to meaningful content and adoptable usage for students’ lives, our foreign language school education should not just reside in the language teaching in an English language classroom, but should be integrated in the rest of the curriculum.

This is so funny :) I love your idea of a poster in year 7 which you show again in year 9 when they start moaning. You can also show them when they take languages as an option in year 10.

Thanks for your comment, Alice. I don't even think there many wells near my school. ;)