A few weeks ago, I had a job interview.

I didn't get the job.

One of the things they asked me to do was teach a lesson to Year 7.

They asked me to teach the full paradigm of ER verbs.

In the present tense.

I love a  challenge.

So this is what I did.

I put together a series of tasks which would take just a few minutes each:

This task was to gauge what the students already knew.
(You'd be surprised how many times I've been asked to introduce something that students have done before!)

Luckily, most of them spotted that they ended in ER and one of them (a native French speaker!!) managed to tell me that they were all verbs.

This led nicely to task 2.

Most of them knew this, so it didn't take long to move to task 3.

This came with a picture of Buzz Lightyear (which I can't reproduce here for copyright reasons).

Task 4 was a translation task and a reminder of the verbs from task 1: 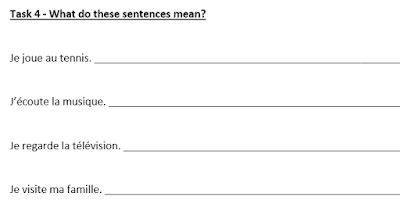 We also worked out that if the pronoun is "je" the verbs end in "e".

Task 5 was the good old "what do you know about your own language task". 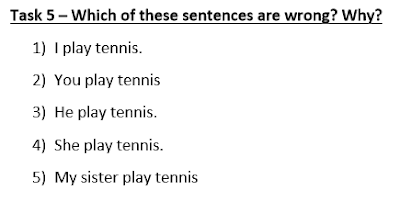 They managed to work out that the last three were wrong and could tell me why.

(Although, for some reason the grammar checker in Office thought number 5 was correct...)

We then looked at verb endings in French and they were given Task 6, to put the correct endings on some stems. 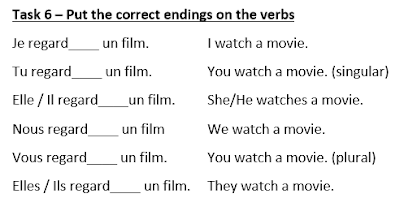 We got the answers correct, thought of some more sentences in French and wrote a rule about conjugating ER verbs.

Task 7, was another translation task this time, English into French:

They managed to deal with this quite well, so we then had a look at the challenge task:

A lot of them spotted the extra "e" and told me it was wrong.

I told them it wasn't wrong and asked them to explain why.

A few of them got it straight away.

That was it the full paradigm of ER verbs in French in the present tense in 40 minutes. 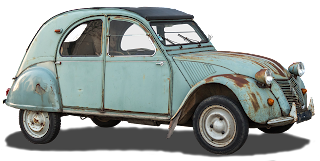