That's not George Clooney! a game for language students.

Today I was watching Meet The Germans on dw.de.

It is a cultural programme in English presented and written by Rachel Stewart.

This is dw.de's description of the programme:

From beer to nudity and ridiculous grammar - Meet the Germans uncovers the quirks and idiosyncrasies of the German culture. Through videos with presenter Rachel Stewart and other online content we bring you insider tips and a light-hearted but informative look at life in Germany.

While watching one of the videos on youtube today (about German TV and how a lot of it is American drivel dubbed into German) I invented a language game* to practise describing and comparing people.

* I find if I call something a game my students are much more willing to participate.

I started with this photo: 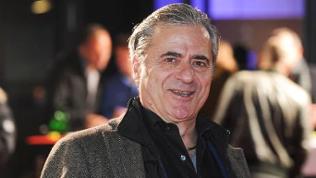 This is Martin Umbach a very well-known (in Germany) German actor.

But he is also George Clooney...

So here's the game:

Then let them search for who he is, or make them guess, or play a match up game with photos.

They then have to compare and contrast the English speaking star with their FLVA counterpart.
Martin ist älter als George aber sie haben graue Haare.

This can be as detailed or as basic as you wish depending on the ability/experience of your students.

You could even play this as a True/False guessing game with pictures of the stars, where students have to decide if their partner is telling the truth.

PS: Here's a list of German actors and the American actors they dub.

PPS: You could introduce some real culture and controversy here, too as many African American actors are voiced by white actors in German films and TV shows. e.g. Uwe Friedrichsen, a white German actor, was the voice of Danny Glover in many films.