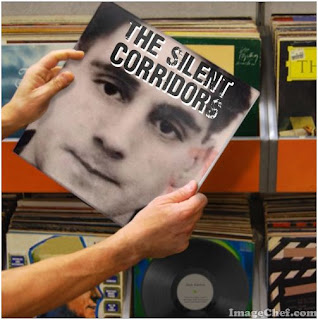 Silent Corridors, no, not the 1974 Italian horror film or the late '80s Manchester Indie band of the same name*, but the latest great/terrible idea from Senior Leaders (Twitter almost exploded because of this) to keep students calm during the change-over time between classes.

The school in question (and it isn't the only one with this policy) has been described in the British media as "concentration camp-like" and "a North Korean gulag" a full week before the policy will even be introduced.

Some schools have been doing it for years and their students accept it.

And are all amazingly well behaved!

I'm not a fan of silent corridors but I can understanding the reasoning behind them.

I get that in schools where there are discipline issues, they might be a good idea.

During exam season, they can be a huge help to students, particularly when lesson change-overs and break times might not follow public exam timetables.

If a school has problems with behaviour between lessons, might I suggest that a greater SLT presence would be a better policy?

My problem with silent corridors is that it stops children discussing their learning. I am convinced that a lot of learning and a lot of explaining goes on in corridors on the way to lessons.

I've seen it going on and it would be a terrible shame to lose it...


*I made both of these up

PS: Since I wrote this blog, there has been even more speculation on social media.
I spotted this on Twitter: 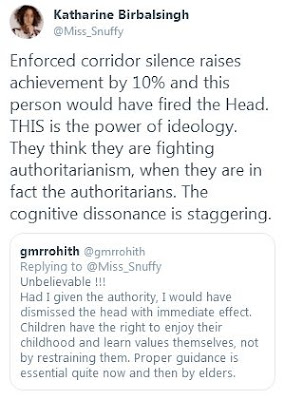 I'm not sure how the 10% raise in achievement happened but as soon as I find out and read the data, I'll add it.
Posted by Dom at 04:24