I haven't been to any MFL events for a while.

The last time I went to an event was the ALL MFL Teachmeet in October 2015 in Newcastle.

I left all of the MFL Facebook groups for the same reason I stopped posting on the TES forum.

I was tired of the same old people complaining about the same old things, asking for people to send them resources for free, and bragging (I think that's the right word) about who has the worst classes, the biggest workload, etc..

My use of twitter has become much less MFL-based and more centred on my occasional comedy writing jaunts.

I rarely blog these days.

I have become disillusioned with the whole "MFL thing".

Firstly, it would appear that I don't take criticism well.

I thought I did but it turns out I'm not very good at it.

I'm a one trick pony, apparently.

Secondly, I have nothing to say.

Nothing that anyone wants to hear, anyway.

So, what have I been doing ?

Getting on with stuff.

Managing my workload to maximise my free time.

Languages Resources - especially the Maupassant resources for my KS5 groups.

frenchteacher.net - regularly updated and  the best £25 any A level language teacher could spend.

I've also started to use more SOLO taxonomy in my teaching.

Pam Hook's SOLO hexagons and classtools hexagon generator are a great place to start and have been a great help.

Nobody makes me do it.

I do it because I love it.

It's not a competition. 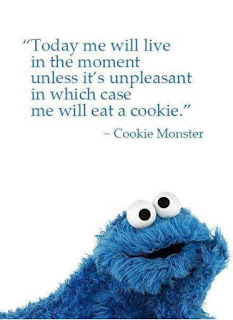 Totally know how you feel. I stopped looking at lots of MFL stuff online because it just made me feel bad about myself. A lot seems to be self aggrandising and I found it made me think I must be a terrible teacher, or a terrible person because my life doesn't revolve around work. I feel a lot happier, and strangely, I think my teaching has not suffered (and might even have improved)

Thanks for the comment, @niffler83. It's much appreciated. I knew it wasn't just me.

You are very wise to have stepped back from the mayhem. The whole MFL so-called "sharing" thing has grown into a monster.

Thanks so much for your comment, aca. Your very kind :)

Love your blog! Such an inspiration. Please don't stop blogging!

Thanks so much for your kind words sa322.

You're a moaning Minnie.