pokankuni is a Tulu word.

I found it in one of my  favourite books: The meaning of Tingo which is a collection of strange words from other languages which have no equivalent in English. 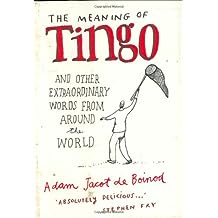 Tulu is a language spoken in India by around 2 million people.

pokankuni means learning from others by just watching them.

I often learn how not to do something by watching others, but that's another story.

Today, I did a carousel of activities with my year 7 (beginners 12yrs old) class.

One of the activities was to create a tellagami in French using the future tense (Je vais + infinitive).

The instruction I gave them was: open the tellagami app and create an animation in French using today's key vocabulary. I didn't show them how to use it or even explain what it was.

None of them had ever used tellagami before and I was really impressed at how quickly they took to it. They were only allowed 10 minutes for each activity yet they still all managed to produce something.

The more confident ones took to it immediately and the others picked it up in a couple of minutes just by watching.

All students engaged, all learning and all I had to do was wander about and ask questions.

I loved this idea of 'pokankuni' and so went out and bought the book! Luckily I didn't experience 'Scheissenbedauern' on trying 'pokankuni' with Year 8 on the imagequiz website. They did great! Thank you.

Thanks for your comment, Señorita Britt. It's much appreciated :)

Sometimes, I feel that some control should just be thrown over to the students. There's often no point in teaching them something they could work out for themselves.