Poetry - teaching yourself the past tense.

A while ago, I was asked to plan and deliver an after school French session for some Year 7AGT (Able, Gifted, and Talented) students.

The brief was to get them to do something they wouldn't do in class and something which would be really challenging.

I had an hour.

I decided to do some poetry.

So what did I do?

The first task I gave them was a Tarsia puzzle of the poem. (See Clare Seccombe's Tarsia blogpost here.) The students had to put the puzzle together. (They had never met the passé composé before.)

The second task was to  explain how to form the passé composé in French.
They had to produce a list of rules. (They did this quite well.)

The third task was "to build" the poem.
The students had never met this poem before.
They were given the lines of the poem on strips of paper and they had to organise them in the order they thought the lines would appear in the poem. 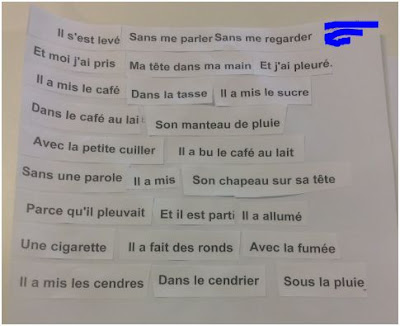 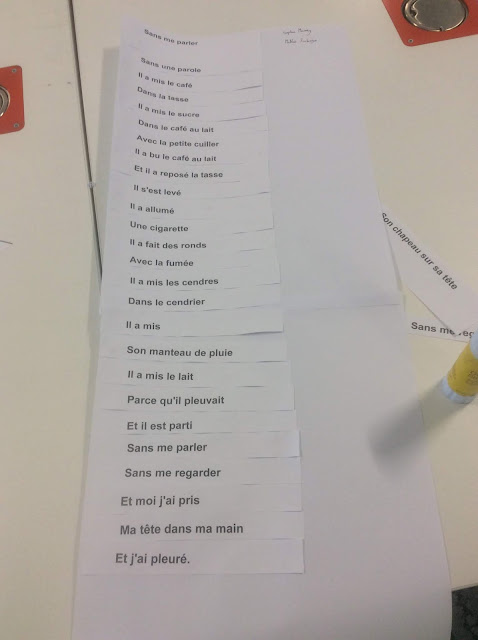 They then watched Stuart Gorse's Hugo clip to see how close they were:

The final task was to try to work out when the poem was written and what it was about.

They worked really hard and enjoyed themselves.

What more could you want?