Tomorrow, we are going to imagine that the characters in Boule de Suif have a smart phone and are "live tweeting" their experiences.

The students can write a maximum of 14 tweets (it's all I could fit on the paper) and are limited to 140 characters per tweet.

They have to convey the character's experiences and feelings whilst including the key moments from the story.

I made this worksheet for them to fill in as, sadly, all social media sites are blocked at school. 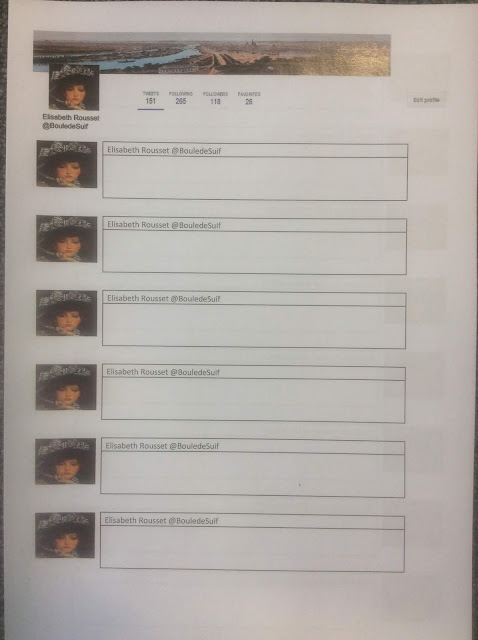 Also, I'm not sure it's a good thing for a 17 year old student to be masquerading as a  French prostitute on social media outlets.

Even one from the 19th century.

Because of the 140 characters limit I have imposed, the students will have access to talkinfrench.com's French text slang page...

...because that's what people in 19th century Rouen did. I imagine!