The ethics of keeping a Cookie Monster as a pet... 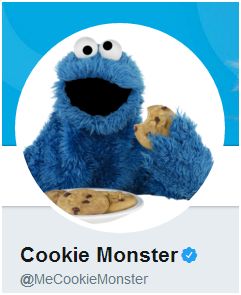 I thought I'd already blogged about this but it turns out that I haven't.

Conversations in my house can often be, how can I put this, extremely weird.

Admittedly, I'm generally the instigator of such weirdness.

One such recent conversation was:

Is it ethical to keep a Cookie Monster as a pet?

A few days later I asked my Year 9 (14 years old) tutor group this question and, during their debate, I was surprised by the maturity of their answers. The more they thought about it the deeper their answers became...

They eventually decide it was not a good idea.

I also got my Year 7 French beginners to do a descriptions activity based on this with a great deal of success.

So my plan was then to use this with Y12 (Advanced level students) as a way of getting them to speak confidently in the TL using "A Level type language".

I haven't done it yet but I plan to do so next term...

I'll report back but in the meantime here is a clip of the Monster himself with Sir Ian McKellen...

I like the idea of a yr 12 discussion. Intrigued as to how you linked a yr7 descriptions activity to this?

Hi Lee, The Year 7 students describe monsters physically and then describe its personality, saying why it would/wouldn't be a good idea to have one as a pet.
e.g. Je ne voudrais pas le monstre à la maison car il est dangereux et méchant.