Are dying languages worth saving?

The BBC news website featured this story today about a conference at Trinity College, Carmarthen at which ways of saving dying languages are to discussed. (Thanks to Clare for the link)
To be honest, I'm in two minds about this question.
Can we really stop languages from dying out?
A language is a living entity.
It evolves.
The English we speak today is not the English of Chaucer, Shakespeare, Dickens or even Groucho.
Some languages become more popular, others less so.
Sometimes languages die.
Take latin. Nobody speaks latin anymore.
There are many great reasons to study latin but it must have died out for a reason.
It is a terrible shame when occasionally we hear that a language has died out but language is just a way of communicating.
Does it really matter in the grand scheme of things?
I'd love to know what you think. 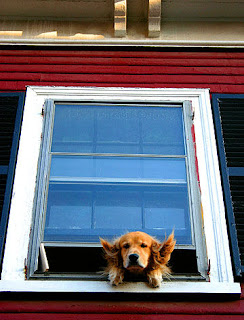 Quantum ille canis est in fenestra?
Posted by Dom at 12:53

I don't know if the languages are worth preserving in a day-to-day form artificially, but it is worth keeping records and recordings of the last speakers.

Latin may be a dead language, but it has been kept alive in literary form and enables me to explain old tombstones and inscriptions to my daughter.