What's the worst that could happen?

“Pupils to study Twitter and blogs in primary schools shake-up!”
This recent article in the Guardian seems to have opened a huge can of worms in educational circles. Many are horrified! Even radio 4's PM program reported on it.

Teachers of Modern Foreign Languages, it seems to me, have always been the ones to embrace new technology. In the 1970s when the majority of lessons were chalk and talk my school’s MFL department had reel to reel tapes in its language lab.

We had slides from Longman’s Audio Visual French projected on the screen. Students greeted each other at break with the phrase “Écoutez et répétez beep beep”. The resulting shenanigans usually involved renaming friends Jean-Yves and Bruno.
It was, in the words of Virgil Tracy, “FAB”; Then came cassettes: a brave new world! 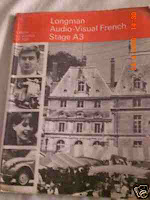 Nowadays we are so lucky. We have a whole host of technology at our disposal and I don’t just mean Powerpoint. I don’t know where I would be without DVDs, interactive whiteboards, mp3, mp4, email, Audacity, Twitter, the list is endless, or, at least, quite long.

There are those who suggest that all new technology is the work of the devil and that some evil conspiracy is at work. It seems to them that such places as Twitter and Facebook will bring about the end of society as we know it and that books will eventually disappear.


Teachers are horrified that students’ literacy skills will diminish or even disappear. Many of my colleagues frown upon the computer and think that using ICT is an excuse for a free lesson and a skive for the teacher involved.

This, of course is completely untrue. If you have read any of my previous stuff, you will know that I have already listed a number of great sites to find excellent resources.

I have seen examples of excellent work completed by MFL teachers and students using technology and the internet and have listed some below:
Joe Dale’s “integrating ICT into the MFL classroom” ,
Helena Butterfield’s Langwitch site and
Adam Sutcliffe’s “So Much to Learn…So Little Time” are just 3 excellent places to start.
It was from reading these that I started to blog and they have also inspired me to do my own thing. More of this anon.

Getting back to the furore created by the article in the Guardian, I know that using blogs, websites, wikis and networking sites can be a great motivator for students learning languages, and that there are teachers out there, who can’t be bothered or who are terrified of using any new technology.

For those who are terrified, I have a message: “YOU CAN’T BREAK THE INTERNET! GIVE IT A GO! WHAT IS THE WORST THAT COULD HAPPEN?”

Some teachers have, rightly in my opinion, complained that their school does not allow access to networking sites such as Facebook, Bebo, Twitter, etc. but this is not a reason to give up. There are other sites which you may be able to access. http://www.skyrock.com/blog/ http://fr.myspace.com/ http://www.myblog.fr/creer.html or even http://www.studivz.net/ (thanks, sam!) are all European based networking/blogging sites and in Target Language.(I would obviously check out the content of these before letting your students loose!)

What about the schools where computer access is limited or inadequate (like mine!)? You ask. Well, you don’t even need internet access to make good use of technology. Get students to film each other speaking in the Target Language and use movie maker to edit their work. Get them to record themselves interviewing other students or friends on their mobile phones or mp3 players.

There is so much good practice out there. I’ve told you where to look and what to do. Spend ten minutes of your life having a look.

Just found out about your blog through your link to mine (thanks). It's great to see more and more language teachers take the plunge and increase the big online networking/ blogging family.
Enjoy!